Success is led by the Power of Communication

The Community Relations Office is responsible for Haysville USD 261 media relations, community outreach, photography services, and publications. Our primary focus is to develop communication activities that promote effective ongoing communication with internal and external stakeholders that builds knowledge of and active support for the education of our students.

It is the Mission of the Haysville USD 261 Community Relations Office to:

The Community Relations Coordinator will: 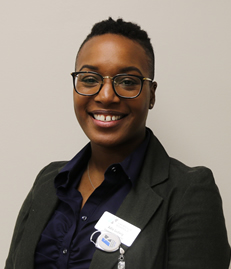 Adia spent most of her life in the southeastern portion of the U.S. She was raised in a small town in Georgia and received her Bachelors in Electronic Journalism from the University of South Carolina.

When she isn’t working, she loves spending time with family, reading, exercising, and vacationing with her husband Benjamin.